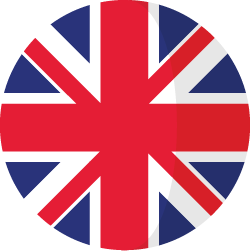 Thank you for signing up, join us online on 16th July for the event.

11:45   |   COIMA's legacy and commitment in sustainability, innovation and digitalization

Architect and urban planner, Stefano Boeri is Full Professor at Politecnico in Milan and visiting Professor in several international universities.
At Tongji University in Shanghai he is Director of the Future City Lab, a research program which explores the future of contemporary metropolis.
He is President of La Triennale di Milano and co-chairs the Scientific Committee of the World Forum on Urban Forests, organized together with FAO. Since 2020 he chairs the Scientific Committee of ForestaMi.
In Milan, Stefano Boeri with his practice realized the Vertical Forest: the first prototype of a building that - hosting more than 21,000 plants and trees - conceives living nature as a fundamental element of architecture.
Stefano Boeri Architetti, based in Milan and with offices in Shanghai and Tirana, is currently working on international projects of architecture and urban planning, constantly focusing on the geopolitical and environmental implications of urban phenomena.

Gabriele Bonfiglioli graduated in business administration at the university of Rome, and studied real estate finance at the university of Amsterdam, UVA. Bonfiglioli is currently a strategic manager at COIMA RES and (since 2015) has been responsible for its Investment Management. He is COIMA SGR’s Managing Director of Investment Management.
Bonfiglioli worked in the Beni Stabili Group SGR, and was actively involved during the raising phase of the first mixed contribution and blind pool capital Italian fund for international investors. Bonfiglioli was a member of the Hines group of Investment and Performance Global Committee until 2014.
With more than 12 years of experience in the real estate sector, Bonfiglioli has followed transactions worth more than three billion Euros. During his career, he has negotiated rental contracts for over 100,000 square metres and loans for more than one billion Euros.

Manfredi Catella graduated in Economics from Cattolica university in Milan and holds a Regional Planning and Real Estate master from the Polytechnic university of Turin. Catella is COIMA RES founding shareholder and CEO and COIMA SGR shareholder and CEO. He is chairman of the COIMA Srl real estate company, founded in 1974, and controlled by the Catella family.
Catella was responsible for the Italian business of the US group Hines and worked for JP Morgan in Milan, Caisse Centrale des Banques Populaires in Paris, Heitman in Chicago and HSBC in Paris.

He is currently President of the Fondazione Riccardo Catella and is a member of the Bocconi University and Assolombarda Advisory Board. He is a chartered financial analyst, a member of the Italian Journalist Association (freelance) and the author of many articles and texts on real estate and regional requalification.

Luigi de Vecchi, currently Chairman of Europe, Middle East and Africa of Banking, Capital Markets & Advisory. Prior to joining Citi, he was Co- Head of Global Investment Banking at Credit Suisse and a Managing Director at Goldman Sachs and Kleinwort Benson. Professor of Finance and member of the Advisory Board of the LUISS University in Rome. He is also a member of the Board of Director of Save the Children Italy.

A graduate in Philosophy with a PhD in Social Sciences from the University of Kent (UK), Chiara is a full professor in the Sociology of Cultural and Communication Processes at the Università Cattolica di Milano, where she also directs Comunicazioni Sociali-Journal of Media, Performing Arts and Cultural Studies. She studies cultural transformations connected to globalization and network processes. She is the author of La comunicazione interculturale nell’era digitale (Il Mulino 2012) as well as various essays included in collections and journal articles.
With Mauro Magatti she has written the manifesto on social generativity Generativi di tutto il mondo unitevi! (Feltrinelli 2014), La scommessa cattolica (il Mulino 2019), and Nella fine è l’inizio (il Mulino 2020).
She is a member of the Pontifical Academy for Life, president of the technical/scientific committee of the Osservatorio Nazionale sulla Famiglia, she contributes to Avvenire, and is part of the editorial committee of Donne Chiesa Mondo, a monthly supplement of the Osservatore Romano.
She is also president of Eskenosen, an association of families that has been working to welcome and support families of migrants and refugees since 2006.

Simonetta Giordani is currently General Secretary of the Associazione Civita, a historical non-profit organization committed in the enhancement of the cultural heritage , tourism, made in Italy and sustainability.
From 2014 to 2018 she was member of the Board of Directors and chairman of the Remuneration and Appointments Committee of the FS Group and from 2016 also of the FS Foundation.
From May 2013 to February 2014 she acted as Undersecretary of the Ministry of Cultural Heritage and Activities in charge of tourism.
Since 2008 she has been head of Corporate Social Responsibility of Autostrade per l'Italia and the holding company, with the responsibility of the group's sustainability strategy and the Integrated Report.
From 1999 to 2006 she was head of national and international Institutional Relations of the company Wind Telecomunicazioni. Previously she acted as chairman of the Associazione Civita and chief of the Secretariat of the Minister of Post and Telecommunications Antonio Maccanico.
Graduated in philosophy and journalist, lives in Rome where she was born. She is married and has a daughter.

After working in the financial, insurance, merchant banking and asset management sectors (Montedison Group, Morgan Greenfeld, IMI, Capitalia, Sviluppo Finanziaria), Francesco Micheli was among the first in Italy to identify high technology and telecommunications with strong and strategic development opportunities. In 2000, he founded e.Biscom-FastWeb. Now he is working in bio and nanotechnology sectors through a start-up, Genextra, of which he is Chairman. Micheli carried out musical studies in piano and composition alongside humanities-based high school and afterwards obtained a degree in political science at the Catholic University of Milan. Micheli is a member of the boards of directors of various companies including Allianz and Futurimpresa SGR and many cultural or philanthropic institutions including “Teatro alla Scala” Foundation, Orchestra Filarmonica della Scala, MilanoMusica, “Amici della Scala” Foundation Teatro Parenti Foundation, Vidas, Neuroscience Foundation, Basso Foundation, and Mazzotta Foundation. As President of the Milan Conservatory of Music, Micheli founded and is now president of the "MITO TorinoMilano Settembre Musica", the international Festival established after the twinning of the two cities. Through the Foundation (which bears the name of his father, who was a musician and teacher at the Milan Conservatory) he launched the Umberto Micheli International Piano Competition, which was chaired by Luciano Berio and created by Maurizio Pollini and Enzo Restagno.

Alberto Oliveti was born in Rome on 2 August 1953 and graduated in medicine in Ancona in 1980 specialising in paediatrics. He worked as a general practitioner in Senigallia until 2020. He has been Italian Social Security Institution for Physicians and Dentists [ENPAM] president since 2012, after being a board member and vice-president for a long time. Under his leadership, the institution launched changes in asset management, pension and Statutory reforms which enabled it to guarantee an autonomous pension scheme with a proven sustainability at age 50. Today, ENPAM has 371,000 active members, 124,000 pensioners and about € 23 billion assets. Since 16 December 2015 he has been the president of the association representing Italian private social security institutions [ADEPP]. As ADEPP head, his work plan can be summarised by the acronym WISE: Welfare, Investments, Services, Europe.

Graduated in International Affairs at Scuola Superiore Sant’Anna university of Pisa, with a Master at the European University Institute (EUI), Fabrizio Pagani is global head of economics and capital market strategy of Muzinich&Co, a New York investment firm specialized in public and private corporate credit. Previously, he held academic and government positions: he has been senior official, and thereafter head of the G20/G8 sherpa office, at the Organisation for Economic Cooperation and Development (OECD) in Paris; chief of staff of the undersecretary of state, office of the Italy’s Prime Minister; G20 sherpa and senior economic counselor to Italy’s Prime Minister.
He was member of the Board at ENI and head of the office of Italy’s Minister of Economy and Finance.
He has been a visiting scholar at the SIPA, Columbia University, University of Maryland and University of New York. He is the founder and president of the Association M&M – Idee per un Paese migliore and he is currently visiting professor at SciencesPo and LUISS.

Dr. Komal Sri-Kumar is President of the Santa Monica, California based Sri-Kumar Global Strategies, Inc., a macroeconomic consulting firm he formed in January 2013 to advise multinational firms and sovereign wealth funds on global risk and opportunities.

Prior to founding the firm, Sri worked at the Los Angeles-based Trust Company of the West (TCW) from 1990 to 2012, serving for the last several years as the firm’s Chief Global Strategist.
He was the Chairman of TCW’s Comprehensive Asset Allocation Committee from 1997 to 2015. Sri holds an M.A. in Economics from the Delhi School of Economics, and M.Phil and Ph.D. degrees from Columbia University.